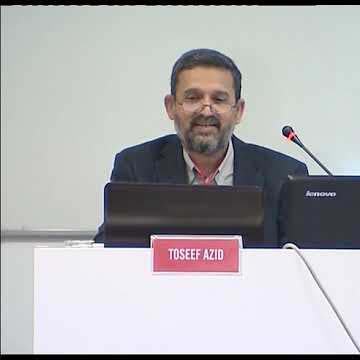 During the last few decades a number of new ideas have been emerged in the world of economics related to religion and morality. Among them the economics of Islam became very common and popular among the experts. It is evident from economic literature that many attempts have been made to critically assess different theories of conventional economics based on the religion and moral values. Similarly, many researchers have tried to revise the mainstream thinking according to Islamic thoughts. The supporters of Islamic economics follow the teaching of Quran and traditions of Prophet Muhammad (PBUH). They argue that Islam is a universal religion and promotes the value based economy/society. The main emphasis is not only to increase the welfare of the individuals but also the whole society. The nucleus of its religious injunctions is the welfare of the whole human being. Material is important but priority has always been given to the human being.

In the moral economy, most economic exchanges, whether with strangers or known individuals rely on character values such as honesty, trust, reliability, generosity, brotherhood, justice and fairness. It is proposed by the supporters of moral economy that moral behavior is necessary for exchange even in moderately regulated markets. Market exchange in the moral economy, itself can also lead to an understanding of fair exchange and in this way builds intangible capital in a non-market settings. Social cooperation among the members of the society is the end result of virtuous behavior. However, in the moral economy, if market have a chance to flourish, then economy/society will grow better-off, richer, healthier, better connected with far flung relatives and friends, better educated and behaved, more generous, compassionate, tolerant, trusting and just. These are the traits which are helpful in increasing the social and economic welfare. Thus, society will become psychologically happier and sociologically satisfied and economically has more utility. Consequently ethically better people as an economic/social agent will behave well and improve the environment of mutual cooperation.

On the similar lines, Islamic economics postulate that people are more valuable than material. Muslim economists are emphasizing that values are more important and lead to the growth of human welfare even material is small. In this context there is a need to discuss the different dimension of the conventional economics in terms of their moral values and injunctions of Islamic jurisprudence. Keeping the above in view a series of lectures is arranged on the following topics: